Amy earned a BS in Speech/Language Pathology and Audiology at Southern Illinois University at Edwardsville in 1997, completed Beginning American Sign Language I, II, & III at Cincinnati State in 2001, and earned a MS in Speech/Language pathology at Miami University in 2000. Amy spent her first years of practice in Cincinnati, Ohio diagnosing and treating an array of commutation disorders in the public school system. In 2002, she moved to Illinois where she again worked in the school system. She founded ABC Pediatric Therapy, LLC in 2004 and provided therapy to children in the Early Intervention System as well as school age children. Her experiences include: Autism Spectrum Disorder, Pervasive Developmental Disorder, Hearing Impairment, Deaf, Childhood Apraxia of Speech (CAS), Down Syndrome, Cerebral Palsy, Articulation Disorders, Phonological Disorders, Language Disorders, and Fluency Disorders (stuttering). These experiences allow her to help children of all ages to develop communication skills so they can develop to the best of their abilities. 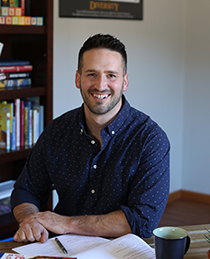 Zac earned a BS in Speech-Language Pathology and Audiology from Southern Illinois University Edwardsville (SIUE) in 2008, and a MS in Speech-Language Pathology from SIUE in 2010. Since graduation, Zac has been working at ABC Pediatric Therapy as a speech-language pathologist and Augmentative and Alternative Communication (AAC) Consultant providing speech and language therapy and AAC services to children and young adults, their families and support personnel. He has continued to participate in a broad range of continuing education courses and hands-on study in the ever-evolving field of AAC in order to remain on the cutting-edge of this specialized practice. He has extensive experience with a broad range of speech and language disorders as well as with individuals who have severe, multiple and/or complex communication needs. 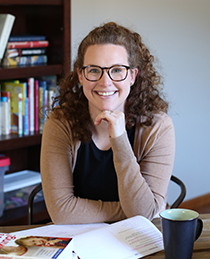 Jamie earned a B.S. in Communication Disorders at Southeast Missouri State University in 2014 and an M.A. in Speech-Language Pathology at St. Louis University in 2016. Since graduating, Jamie has worked at ABC Pediatric Therapy as a speech-language pathologist. While she works with a wide variety of abilities and disorders, she is most passionate about working with Neurodivergent children and those utilizing AAC devices. Jamie loves being able to work with parents to better educate and support each of them, as they navigate their child's needs. She is an NLA (Natural Language Acquisition) Trained Clinician and continues to stay up-to-date with new findings about Gestalt Language Processing and ND-affirming therapy. She has experience with a broad range of communication disorders, and these varying experiences assist her in helping children of all ages to functionally communicate with others across environments. Jamie finds joy in building relationships and having fun in therapy with every child! 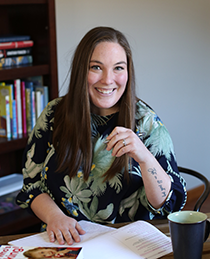 Shae earned a B.S. in Speech Language Pathology and Audiology from Southern Illinois University Edwardsville (SIUe) in 2014 and a M.Ed. in Communication Disorders from Valdosta State University (VSU), GA in 2016. During graduate school, Shae gained a wide range of experiences at the VSU Speech-Language and Hearing Clinic and completed externships in an elementary school and a skilled nursing facility. Upon completion of graduate school, Shae has worked in the public schools as well as performed PRN work in a skilled nursing facility. She has been employed at ABC Pediatric Therapy since the summer of 2021. Her pediatric experience includes: Autism Spectrum Disorders, Articulation Disorders, Phonological Disorders, Receptive and Expressive Language Disorders, Childhood Apraxia of Speech (CAS), Fluency (Stuttering), Augmentative and Alternative Communication, Down Syndrome, and Pragmatic Disorders.

Jordan earned a B.S. in Speech-Language Pathology and Audiology at Southern Illinois University Edwardsville (SIUE) in 2019 and an M.S. in Speech-Language Pathology at SIUE in 2021. While in school, Jordan gained a wide range of experiences at the SIUE Speech-Language-Hearing Center. Jordan completed externships in an elementary school, a pediatric private practice, and a hospital with opportunities in acute care, inpatient rehab, and outpatient rehab. Since graduation, Jordan has worked at ABC Pediatric Therapy providing speech and language therapy to children with a wide variety of needs. Her experience includes: Autism Spectrum Disorders (ASD), Receptive and Expressive Language Disorders, Articulation Disorders, Phonological Disorders, Cerebral Palsy, Down Syndrome, Apert Syndrome, Childhood Apraxia of Speech (CAS), Augmentative and Alternative Communication (AAC), Cognitive and Social Aspects of Communication, and Fluency Disorders (Stuttering).

Jessica earned both her B.H.S. in Communication Science and Disorders and her M.H.S. in Speech, Language, and Hearing Sciences from the University of Missouri – Columbia. While in school, Jessica gained a wide range of experiences at the MU Speech and Hearing Clinic, MU Robert G. Combs Language Preschool/Toddler Group, the Thompson Center for Autism and Neurodevelopmental Disorders, a private practice, an elementary school, and an inpatient rehabilitation hospital. Jessica joined ABC Pediatric Therapy in July of 2021. She has worked with a variety of communication disorders including Autism Spectrum Disorders, Augmentative and Alternative Communication, articulation and phonological disorders, receptive and expressive language disorders, fluency, and cognitive and social aspects of communication.

Christine earned a BS in Exercise Science at Saint Louis University in 2008 and her Doctorate in Physical Therapy from Saint Louis University in 2010. Before joining the team at ABC Pediatric Therapy, she worked in children’s homes providing home health and early intervention PT services in St. Louis, MO.  She also has acute care experience from Cardinal Glennon Children’s Hospital where she worked PRN.  Christine has experience with children with developmental delay, torticollis, orthopedic conditions, cerebral palsy, Down Syndrome, stroke, muscular dystrophy, spina bifida, brachial plexus palsy, TBI, Autism Spectrum Disorder, and various genetic conditions. Christine enjoys the opportunity to work together with both family and other team members to accomplish a child’s goals and to help them reach their highest possible quality of life. Christine loves being a pediatric PT, a wife, and a mother to 2 beautiful children. 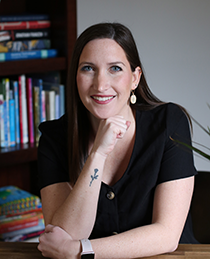 Kailey earned a BS in Kinesiology from the University of Illinois in 2015 and her Doctorate of Physical Therapy from Missouri State University in 2018. Before joining the team at ABC Pediatric Therapy, she worked at a SSM Day Institute as well as St. Elizabeth's Hospital in acute care. Kailey has great experience working with neurological conditions such as spinal cord injuries, strokes, traumatic brain injuries, amputations, and other diseases that impair the nervous system. Since joining ABC, Kailey has enjoyed working closely with kids of all ages and their parents to help develop the best plan possible for each child to succeed. She is also interested in custom orthotics and is gaining more knowledge in this area. Kailey loves working with all kids and is currently growing her own little family with her husband. 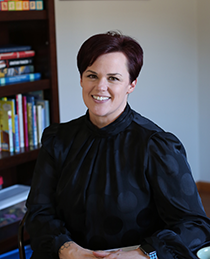 After twelve years of serving the public as a police officer, Jamie wanted to pursue a career that would allow her to still care for others, but be available as a mom to her two young children. In 2018, Jamie earned her Physical Therapist Assistant degree, and following an internship in a local school system, she began treating patients in the Illinois public schools. Soon after, Jamie joined ABC Pediatric Therapy to assist in the growing physical therapy department. This blend of outpatient services and school-based experience has allowed Jamie to gain valuable experience in the pediatric area of physical therapy. Jamie brings both life experience and enthusiasm to the office. She has experience with many diagnoses, including toe walking, hypotonia, developmental delay, cerebral palsy, Autism Spectrum Disorder, and Down Syndrome, as well as generalized orthopedic conditions. Jamie love working with children and families because assisting a child in achieving a new skill is so rewarding. As a busy mother of two, Jamie strives to provide the same level of care and compassion that she would want for her own children.

Our therapists have a wide range of experience with:

I can’t say enough about ABC and what a blessing it has been for my son and my family. The staff is all so kind, professional, and encouraging. My son is now using his communication device very well and even learning to talk, and he was nonverbal when we started. Thank you so much! - Parent